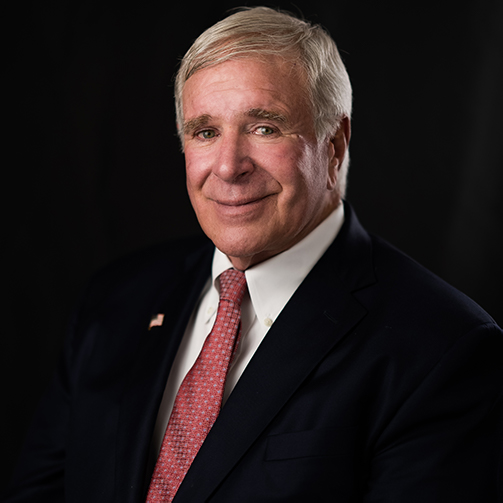 Frank DiRico is a successful telecom entrepreneur with a 37-year track record. Frank established Cellular One of Northeast Colorado in 1991 with headquarters in Ft. Morgan, Colorado. In 2003, the company acquired Nebraska Wireless Telephone Company and changed its name to Viaero Wireless.

Viaero Wireless currently provides portions of Eastern Colorado, Nebraska, Kansas, and Wyoming with unparalleled coverage and service. Frank has led the company’s expansion by achieving double-digit revenue growth, which he’s reinvested into the business to enhance Viaero’s network reach and capabilities. The network currently includes 900 towers and serves a growing subscriber base.

Frank is also Chairman and Chief Executive Officer of New England-based Industrial Communications and Electronics (“Industrial”). He started Industrial in 1974, growing it to the third largest SMR operator and Motorola Radio Dealer in the United States until the profitable sale of 800 Mhz frequencies to Nextel in 1998. Frank developed and has a U.S. patent on his Skycell® tower-top equipment building.

He served on Ocean Reef Academy’s school board in Key Largo, Florida, the Board of Directors for the American Telecommunication Association in Washington, D.C., and the Founders Society Baptist Hospital System’s board. He currently serves on CCA’s board of directors. Frank is an avid helicopter pilot and earned Chief Pilot status with the Altar Helicopter Corporation in 1994. 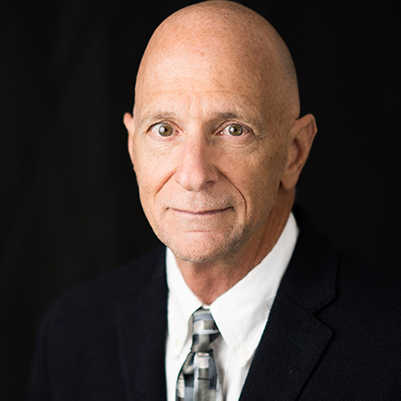 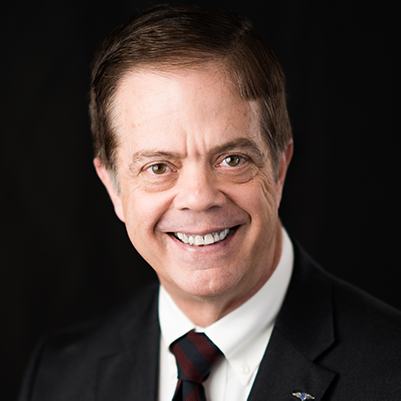 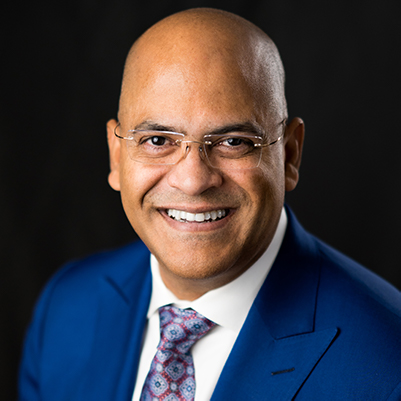 Mike Felicissimo has more than 25 years of senior management experience in the telecom industry. Fourteen of those years have been with Viaero Wireless as its Executive Vice President and CFO.

Mike has an extensive entrepreneurial background that’s developed his skills in running operations related to sales and marketing, finance, customer care, billing and collections, and logistics.

He demonstrated his entrepreneurial spirit during his time as CFO for U.S. West Wireless. Mike helped grow the company from a start-up venture to a 14-state, $1.8 billion cellular network with more than 1.1 million subscribers and over $800 million in annual revenue.

In his spare time, Mike is an avid cyclist and multisport athlete. He has competed in over 100 events, ranging from USA Cycling and USA Triathlon races to Ride the Rockies and Pedal the Plains, Ironman 70.3, and ITU World Championship Multisport events. He was a proud member of the USA Triathlons’ Team USA in 2018 and 2019.

Wes has more than 20 years of senior-level executive experience designing and supervising the development of wireless networks. Since 2004, he’s managed Viaero’s network and its operations team. He’s also managed the expansion of Viaero’s network and the construction of new towers - 600 and counting.

Before Wes joined Viaero, he designed a breakthrough network for the aviation industry and developed and implemented the world’s first air-to-ground data network. Wes has overseen the design of one of the country’s largest high-bandwidth microwave networks, in addition to the construction of a PCS network with more than 360 towers.

Vinod comes to Viaero as a telecommunications engineer who cut his teeth launching satellites, designing robots, and building high-end analytics and edge computing capabilities. His recent experience with Dish and Sling TV harnessed his skills in digital transformation.

While Vinod was at Dish, he was an instrumental force for the company’s M&A activities. Vinod has held executive positions at Kaiser Permanente, Anthem, and NBC Universal.

His initial focus at Viaero will be developing Viaero Business Solutions and its services and capabilities. He will also concentrate on enhancing Viaero’s back office, taking the company into its next growth phase. Vinod is eager to share his experiences with our growing organization.

Vinod lives in a suburb of Denver with Shalini, his wife of 27 years, his sons Josh and Dave, and his pet husky Kira. As a servant of the community, Vinod mentors the youth, loves to hit the gym, strum his guitar, and is a voracious reader. 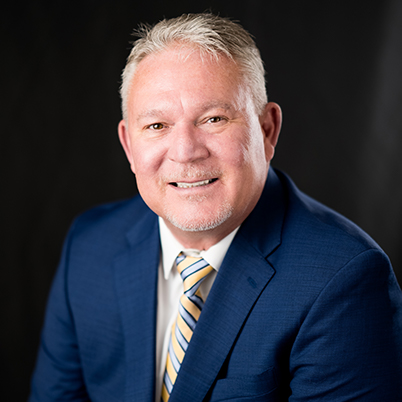 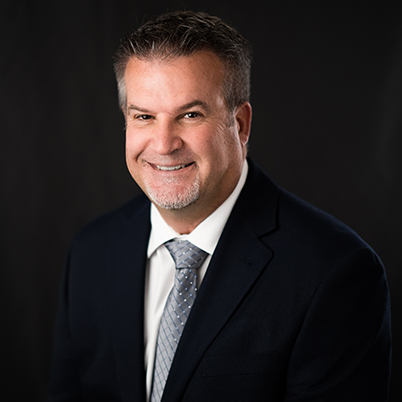 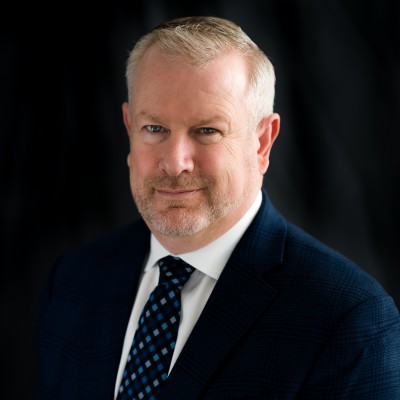 Ron is no stranger to the fiber optics and wireless industries, having spent nearly 30 years in project management and operations. He and a staff of nearly 30 now design, manage, construct, and operate the entire fiber network for Viaero. Ron has more than 20 years of fiber optic experience and almost 9 years in network design and management, including wireless 3G, 4G, LTE, and Microwave networks.

Before joining Viaero in 2014, Ron worked for a diverse range of organizations, including General Dynamics, MCI Telecommunications (now Verizon), Metro Media Fiber Networks (now Zayo), and G4S Technologies. Ron specializes in the design and management of several large-scale projects. He’s successfully served a large range of clients throughout many miles of construction within Colorado, the Denver metro area, Nebraska, and Northwestern Kansas.

Ron has managed and constructed the downtown Denver area three times. Viaero Fiber Networks’ infrastructure runs into Omaha and Denver, where there are connections to data centers and AT&T MTSO facilities.

Ron and his Viaero team have constructed over 1300+ miles of fiber over 7 years and served nearly 100 customers as a part of this installation. Viaero Fiber Networks continues to construct major rural long-haul routes and serve customers along these routes.

Mike Ziegler’s career with Viaero Wireless began when he joined the company as a phone technician 25 years ago. He then worked his way up to the position of switch technician before becoming a vice president. Mike manages the Network Operations Center (NOC) and field operations for Viaero.

Mike Ziegler has lived in Brush, Colorado, for the past 15 years with his wife and four children. After graduating from Ft. Morgan High and Morgan Community College with his associate’s degree, Mike first worked in the oil fields for Schlumberger. In his free time, he enjoys dirt track racing.

As Vice President of Government and Business, Jon Becker oversees the permit process for all Viaero new tower and retail locations, administering all leases and easements. Additionally, Jon serves as president of Industrial Tower West.

In addition, Jon has served on numerous Colorado Legislative panels, including the Joint Budget and Transportation and Agriculture Committees.

Jon Becker is a graduate of Morgan Community College, Colorado State University, and Colorado Christian University. He holds an MBA, as well as a Bachelor of Science in Business Administration and Organizational Management.

Jon is a native of Morgan County, Colorado. He still lives in the county with his wife, Christal, and their two sons, Grant and JT. 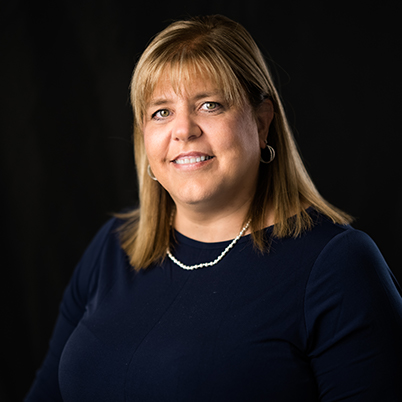 Diana has served as Viaero Wireless’s controller since March of 2018. She began her career with Viaero in February of 2014 as a Senior Staff Accountant. Diana was promoted to Assistant Control in September of 2015 and held that role for 2.5 years before her most recent advancement.

She came to Viaero with a background as a regional CFO, accounting manager, and controller in the healthcare industry. Originally from Nebraska, Diana holds a Bachelor of Arts in Business Administration with an accounting emphasis from Doane College. Her hobbies and personal interests include animal welfare and rights, education, and health and wellness.